Acclaimed recording engineer Richard King has worked with such diverse talent as Yo-Yo Ma, Wynton Marsalis, Joshua Bell, Ben Folds and Renée Fleming, and has been awarded 14 Grammys (including one Latin Grammy) for his achievements in classical, jazz, Broadway, folk music and film scoring.

In 2009, after 15 years as an engineer at Sony Music in New York, Richard joined the faculty of McGill University as an Associate Professor in the Music Research Department of the Schulich School of Music. Continuing to engineer select projects, Richard is also a frequent presenter, panelist and student recording competition judge for the Audio Engineering Society as well as a sought after lecturer for university recording programs worldwide. He holds a Master of Music degree from McGill in Montreal and a Bachelor of Music from Dalhousie University in Nova Scotia.

“These days, everyone expects a more intimate sound, so for the last 10 to 15 years, I’ve been moving microphones in closer to the musicians and capturing less of the hall in my main pickup. Instead of room microphones, I prefer using artificial reverb and my favorite by far is Lexicon. I haven’t found anything that can beat it. The controls and parameter adjustments provide the flexibility I need for the different kinds of rooms and recordings."

“When I was a student, we had a Lexicon 224 in our studio at school and, when I got to Sony, we had 480Ls in every room. Then the 960L came along and we’d say, ‘The 480 sounded like a real concert hall and now the 960 sounds better than a real concert hall!’  For a long time, the 960 was my go-to reverb in film scoring; it was nice to have the eight channels and high sample rate. Now we have a few of the PCM 96s at McGill. At home though, I use the PCM Reverb plug-in bundle, and the sound is very close to that of the hardware units. I get great results with it and use it on virtually all of my recordings.” 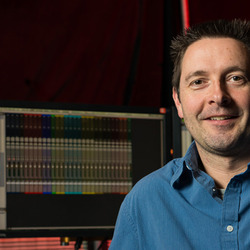