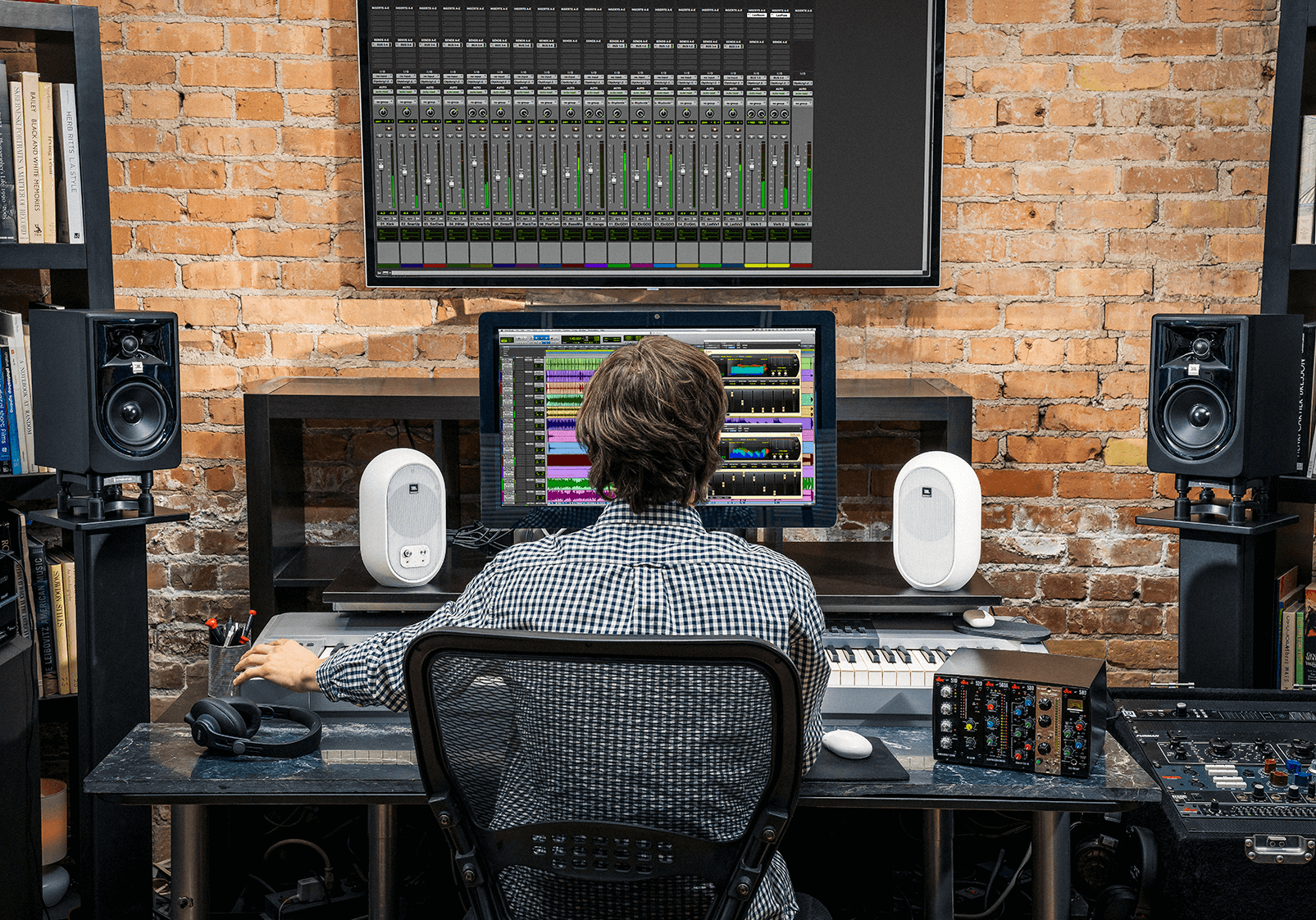 Reverb 101: How to Get Cathedral-Sized Sounds in Small Spaces

We’re going to let you in on a little secret: Recordings are illusions, audio sleights of hand, capturing fleeting moments in time, re-creating and reshaping them so they can be enjoyed again and again.

These days, artists and engineers in home studios have endless tools for shaping recordings to both natural and creative effect. Reverb is a powerful recording enhancer, used to create a sense of space, add musically flattering effects and build width, depth and cohesiveness in a mix. Reverb can be incorporated naturally, by capturing performers in a reverberant space (such as an orchestra in a concert hall, a choir in a church—or, as Led Zeppelin made famous on “When the Levee Breaks,” a drummer in a stairwell); or artificially, by applying reverb processors during recording and mixing.

With so many reverb plug-ins and effects at your disposal, it’s easy to go down a wormhole, hunting and pecking your way through presets to dial in that perfect sound. You can eliminate some of that guesswork by learning how reverbs work and what happens when you adjust their parameters.

Today, home recordists are able to access that same legendary Lexicon reverb technology in software form, in our affordable collection of standalone plug-ins and bundles.

What Is Reverb, Anyway?
Reverberation is the reflection of sound in an acoustic environment. Reverb’s character is defined by the number, density, tone and duration of sonic reflections (echoes), which are influenced by a space’s size, shape and surfaces that both reflect and absorb sound.

For hundreds of years, concert halls have been prized for their reverberant characteristics that compliment musical performances, and legendary recording studios are sought after for their unique acoustics.

Digital reverbs have been around since the 1970s; when Lexicon introduced the legendary model 224 in 1978, at $7,500 for two programs, it was the most affordable unit on the market and it changed the studio game. Our 480L, introduced in 1986, quickly became the gold standard in reverb, defining the sound of pop records for decades to come. The catch? It cost more than some cars.

We’ve come a long way since then: Today, home recordists are able to access that same legendary reverb technology in software form, in our affordable collection of standalone plug-ins and bundles such as our PCM Total Bundle and PCM Native Effects Bundle. Let’s look at some ways you can bring that smooth, rich “Lexicon sound” to your productions with reverb plug-ins.

Reverb can overcome some of the limitations of recording at home by creating the “sound” of better acoustic environments.

The Building Blocks of Reverb
A reverb effect enhances a sound by introducing a complex series of reflections, replicating the way that sound would behave in an acoustic environment. The number, intensity, frequency content, density and duration of these reflections give each reverb its unique character.

A reverb profile starts with a predelay, the time between the onset of direct and reflected sound. (The bigger the hall, the longer the predelay.) Early reflections are the first reflections arriving back at the listener (or microphone) after bouncing off walls, ceilings, floors and other surfaces. In the body of the reverb, sometimes called the reverberant field, reflections multiply and exhibit more diffuse, complex patterns, as they bounce around in a space. A reverb’s decay, or tail, is its attenuation to inaudible. Reverb time is defined as RT60, the time it takes for the initial sound to reduce 60 decibels (dB) in volume. Shorter RT times feel tighter and more intimate (think folk or jazz), while longer RT times sound bigger and more dramatic (think power ballads). All of these elements are available as standard, adjustable reverb effect parameters with values ranging from milliseconds to many seconds.

Reverbs range from natural-sounding effects designed to evoke actual acoustic spaces to special effects that mimic classic processors or create otherworldly sounds that would never exist in the real world.

Choosing the Right Effect
Reverbs range from natural-sounding effects designed to evoke actual acoustic spaces to special effects that mimic classic processors or create otherworldly sounds that would never exist in the real world. Let’s explore the most common options.

Chamber: Historically, to control natural reverb, recording studios would often construct highly reverberant chambers where they could amplify sounds and capture the reverb effects in the room with a microphone. These chambers were used extensively on classic R&B and rock records: The chambers below Abbey Road were used on most Beatles recordings, and Capitol Studios’ eight underground chambers can be heard on albums by artists ranging from Frank Sinatra to the Beach Boys. Chamber effects emulate the properties of these highly reflective rooms and are characterized by a rapid build-up of reverb density with randomized decay tails. Chamber effects sound lush like hall reverbs, but tend to provide more clarity; they’re often used on vocals, strings or acoustic guitar, or to create “big” drum sounds.

Hall: Hall effects re-create the characteristics of large acoustic spaces. Some Halls are generic spaces, such as arenas; Concert Hall effects evoke spaces specifically designed for music performance. Hall reverbs are characterized by slow initial reflection buildup and reverb times often reaching several seconds. Some Concert Hall effects are designed to sound tonally even, while others enhance low frequencies, which characterizes a grand, larger-than-life space. Concert Hall effects are perfect for enhancing orchestral recordings and thickening synth pads and strings—but overuse can make your mix lose definition and sound muddy and washed out, so be sure to listen to Hall effects in the context of your full mix rather than in isolation.

Room: Room effects vary widely but generally simulate smaller acoustic spaces than halls, spaces that have been designed for practicality versus music performance. Their hallmarks are a fast buildup of early reflections, short decay times with little or no tail and resonances and other colorations found in these spaces. Room effects tend to be more subtle than other effects and can give your recording a natural, intimate feel—something you might be aiming for with a singer/songwriter, acoustic instruments or genres like folk and jazz. Lexicon room algorithms simulate spaces ranging from closets to irregularly-shaped rooms, which are also great for film sound design and special effects.

Plate: Plate effects mimic the behavior of early plate reverbs. They sound smooth and dense, with a bright, slightly metallic quality. A plate profile has no early reflections, with a fast, high initial diffusion followed by a bright decay. Plate effects recreate the dampers used to mute vibrations in original models by dampening high frequencies at shorter decay times, which adds to their signature thickening effect. Plates are stellar on drums and piano and acoustic guitar sustains (try bringing out highs by applying a highpass filter) and shine on vocals without suggesting a specific acoustic space or making a singer sound too distant in the mix. Lexicon’s Vintage Plate algorithm has left and right delays that can be used to create echo effects, and can sync delay time to tempo.

Classical, jazz and other acoustic music tends to call for more natural treatment while thick, dramatic reverb is right at home in pop and rock.

Reverb In the Mix
Reverb is used for both natural enhancement and special effects. Before adding reverb, give some thought to how you want your mix to sound.  The genre you’re working in will probably signal stylistic choices. Classical, jazz and other acoustic music tends to call for more natural treatment while thick, dramatic reverb is right at home in pop and rock.

Are you going for realism or big drama? Emulating a small- to medium-sized room will add liveliness without muddying the mix. (It can help to imagine the space where you might experience the performance.) Do you want to emphasize or de-emphasize mix elements? Less-reverberant (“dry”) sounds seem closer while more reverberant (“wet”) sounds appear farther away.

Consider your song tempo: Generally, the faster or more rhythmically complex the song, the shorter the reverb time, for the sake of clarity. Slower tempos and long sustains tend to stand up better to bigger, longer reverbs.

Reverb can overcome some of the limitations of recording at home by creating the “sound” of better acoustic environments. (Close-mic your sound sources to de-emphasize the room sound in imperfect spaces.) Recording a remote musical collaboration? Reverb can make your mix sound cohesive, like the musicians are all performing in the same space.

Remember that an audio effect sounds very different when you listen to it applied to an individual track versus hearing that track in the mix. A dramatic reverb effect might sound gorgeous on soloed vocals, for example, but those vocals might sound murky or cluttered once they’re layered with other mix elements. Always make reverb decisions in the context of your overall mix.

Lexicon’s family of plug-ins are compatible with DAWs like Pro Tools, Logic, Cubase, Studio One, FL Studio, Garage Band or any other AAX, RTAS, Audio Unit or VST-compatible host.

Choosing the Right Reverb Package
Lexicon’s family of plug-ins are compatible with DAWs like Pro Tools, Logic, Cubase, Studio One, FL Studio, Garage Band or any other AAX, RTAS, Audio Unit or VST-compatible host. With a choice of five effects packages, there’s a plug-in or bundle that’s perfect for you.

Remember that reverb effects and their presets are just a point of departure, and sometimes the sound you’re going for calls for more than one effect. Listen to recordings that you love, and study the way they use reverb to create space and emotion. Remember, there are no hard and fast rules, so don’t be afraid to experiment.

Do you have go-to reverb tricks? Let us know in the comments!