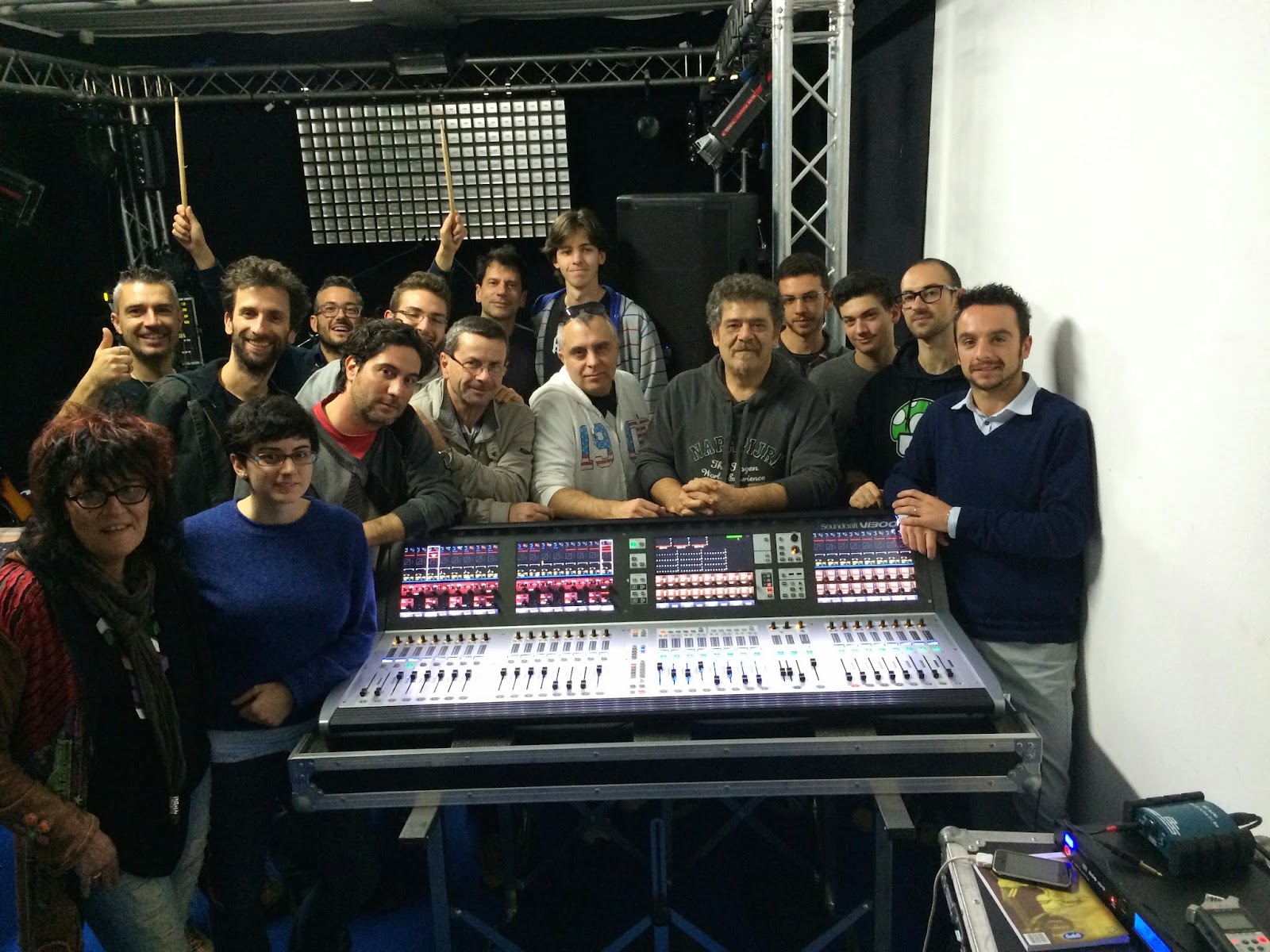 PERUGIA, Italy – The main audio integrator within its local region in Italy, Acoustic Light recently completed a successful acoustic training session featuring new audio products from HARMAN Professional. By using Soundcraft consoles, JBL loudspeakers, Crown amplifiers, AKG microphones, Lexicon digital effects processors and BSS signal processors, Acoustic Light showcased the latest digital audio technology for a variety of applications.
Participants at the event included sound engineers, musicians, and other audio service providers. For the training session, Acoustic Light used a Soundcraft Vi3000 console with a Stagebox, a Soundcraft Si Expression 3 console with a Compact Stagebox and a Soundcraft MH3 console (48 channels) with an analog Stagebox.
“The Soundcraft consoles were invaluable in improving the participants’ understanding of the various audio products in the signal chain,” said Stephan Luthi, owner of Acoustic Light. Everyone obviously loved the Vi3000 and wanted to take it home, but the Si Expression also has a nice learning curve due to its simple layout. Since most people at the event were accustomed to analog consoles, being able to compare the MH3 with the digital consoles side by side definitely opened up a new world for them.”
Also featured were JBL PRX715 and SRX700 loudspeakers, Crown I-Tech 4000 amplifiers, AKG C 414 LTD and C 451 B microphones, Lexicon PCM81 and PCM91 digital effects processors, and BSS AR-133 and FCS-960 signal processors. These products allowed Luthi to explain the basic concept of audio design to the musicians while showcasing advanced features for the engineers.
“We chose these products to show participants how to properly tweak the system and position the microphones in a way that will enhance the intended sound, rather than inhibit it,” said Luthi. “Overall, everyone was impressed by the quality of the products offered in their price range.”
For more information on Acoustic Light, please visit www.acousticlight.it