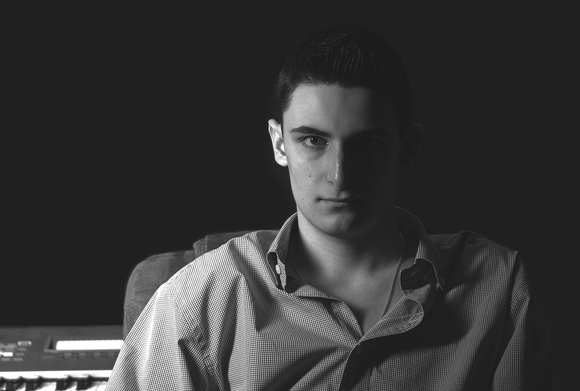 SALT LAKE CITY, Utah – True talent often shows itself at an early age. Such was the case with 14-year-old drummer/recording engineer Owen Bonaventura. He began playing at age eight and thanks to YouTube, six years later he’s known worldwide for his exceptional drumming. Bonaventura is equally adept at recording and has recorded a number of tracks for YouTube and other projects. Currently he’s recording his first album, with the help of HARMAN’s Lexicon PCM Total Bundle software plug-in suite, which offers hundreds of distinctive Lexicon reverbs, effects and studio presets.

For years Bonaventura wanted to have Lexicon effects in a studio of his own but it wasn’t possible until the advent of plug-ins and the Lexicon PCM Total Bundle. “I’m lucky to be a child of the plug-in era because it’s now possible for musicians like myself to use these legendary effects,” he said.

Bonaventura considers the PCM Total Bundle “super intuitive” and “hassle-free.” “It’s like having multiple hardware processors in my studio,” he said. The PCM Total Bundle lets Bonaventura place the same “virtual hardware” unit on as many tracks as he’d like, each one acting as a separate device. He finds that even great-sounding hardware units have their limitations while the plug-ins are more sonically consistent. He also likes the PCM Total Bundle’s wide choice of parameters and adjustments and simple, elegant graphical user interface, with its large faders and drop-down menu that make sound shaping easy.

One of the only tough things about the software for Bonaventura is deciding which reverbs he likes best. “The Chamber reverb is outstanding but I find I’ve been using the Room reverb quite often. It’s useful for adding a sense of space to just about anything, especially drums, since most of us are unable to record drum tracks in a great facility like Abbey Road Studios!” A trick Bonaventura likes to employ is to record the drums “dry” and mix in some Room reverb with compression to get a result similar to the way room mics would sound. For old-school Motown-sounding reverbs, Bonaventura uses a combination of “lo-fi” effects and Lexicon’s Vintage Plate setting, while Dual Delay is his go-to delay plug-in.

Currently, he’s working on a jazz album with drums, bass, grand piano and the classic Rhodes electric piano. He uses the Dual Delay and Chamber presets through “lo-fi” and distortion processors with the bass and treble rolled off to get a uniquely gritty but full-bodied electric keyboard sound and as a contrast, employs a touch of Chamber reverb to the grand piano for a rich, expansive presence. The entire drum kit is sent to a Room reverb track and the snare drum and occasionally the overheads are fed to a Medium Hall or Plate track. “The Lexicon Chamber reverbs work so well with the pianos, drums and bass that other than a little bit of high-pass filter after the reverb to clean up the low end I almost never use and further post-processing.” He also finds the PCM Total Bundle to be “CPU-friendly,” which is important when doing large sessions.

My experiences with the PCM Total Bundle have been phenomenal,” Bonaventura concluded. “I can consistently achieve a true hardware reverb sound or better on as many tracks as I’d like, with no compromises. It lives up to its reputation in every way.”