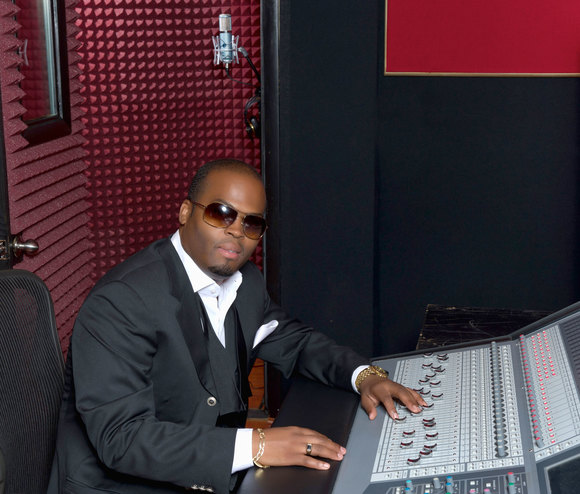 SALT LAKE CITY, Utah – Houston Rockets basketball star James Harden is one of the world’s most talented players. If only he was as talented a singer. In his entertaining 2013 Foot Locker commercial, Harden spoofs the desire for sports figures to branch out into other areas – whether they should or not – by attempting to record an R&B single and torturing the engineer’s ears in the process.  The wildly popular “Foot Locker – Harden Soul Featuring James Harden and Stephen Curry” commercial has received more than five million hits on YouTube and was mixed by artist and multi-platinum producer Steve Pageot with the help of HARMAN’s Lexicon PCM Total Bundle.

Pageot got the call to mix the spots from music composer Wendell Hanes, author of “The 30-30 Career: Making 30 Grand In 30 Seconds!” Pageot wrote the chapter “Mastering the Commercial Mix” for the book, and Hanes knew Pageot could do the job under the almost-impossible deadline constraints. “Wendell called me and told me he needed the mix done immediately and e-mailed me the Pro Tools files,” said Pageot. “I dropped what I was doing and a few hours later the mix was done.”

Pageot knew he could rely on the Lexicon PCM Total Bundle to get the sounds he needed quickly and dependably. For the mix, he first created an auxiliary stereo channel and inserted the plug-in’s “Simple Delay” and “Large Plate 1” presets, then tweaked the presets to his liking. The stereo sends from Harden’s vocal track were used to send the vocal signal to the auxiliary effect channel to simultaneously engage both effects.

“I continue to go back to the Lexicon PCM Total Bundle because of its rich, lush, pretty and unique sounds that I can dial up within seconds to take my mixes to the next level,” Pageot noted. “The goal of mixing a song is to make it sound like a masterpiece – but I had to keep Harden’s vocal mix close to raw and not to process it too much. Because the Lexicon reverbs sound so magical, with each preset I would dial up I kind of found myself going against what we had to do in the commercial!” Pageot wound up using some subtle effects processing throughout the track to give it its broadcast-worthy “finished” quality. “I truly feel that the subtle reverbs and delays I used made this commercial mix a hit.”

But even Pageot’s talents couldn’t get Harden to sing in tune or do anything about that paint-peeling voice. As Stephen Curry says to James Harden in the remix video: “You should probably not quit your day job!”

“We applaud Steve’s work on this very unique and entertaining project,” stated Noel Larson, Market Manager, Portable PA, Tour and Recording, HARMAN Signal Processing. “We are always excited to hear about new and exciting ways that talented producers like Steve are using Lexicon and this is certainly one of the more memorable projects I’ve heard about!”