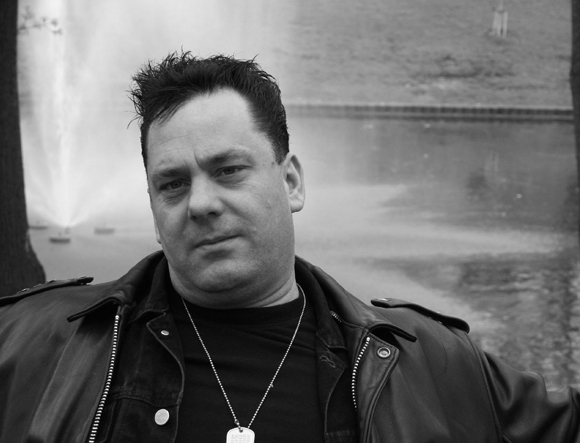 SALT LAKE CITY, Utah — Rudi Dobson has been plugged into music from a young age – he started playing piano at age five and by age 11 decided to focus on electronic music after seeing legendary keyboard player Rick Wakeman perform in the 1980s. Rudi eventually became proficient enough to work with his idol and other artists, including the Bee Gees, Foreigner, The Cars, Don Henley, Paul Simon and others. Dobson is also a noted film composer and music producer who is currently working with a Hollywood director on a new movie version of the biblical epic and crafting larger-than-life sounds with HARMAN’s Lexicon MX400 Reverb/Effects Processor.

“I’ve always used Lexicon, whether playing and recording with other artists or in my own productions,” said Dobson, who began his professional career as a teenager in the clubs and pubs of London. “As a keyboard player, I’ve found that Lexicon reverbs and effects have always been the best products to enhance my music. Electronic keyboards and Lexicon are a perfect fit, like a hand in a glove.”

Dobson prefers to use his synthesizers and keyboards “dry” with no inboard effects at all and run them through the MX400, which offers four stereo inputs, MIDI and digital audio in/outs as well as a host of reverbs, delays and dynamic effects. All parameters are fully adjustable using the front panel or via USB connection to a computer, and the unit’s “hardware plug-ins” enable the MX400 to interface with a computer.

“The MX400 really gives you the best of both worlds – it’s an exceptionally good piece of hardware that is easy to use and totally dependable, and it also gives you flexibility and control,” Dobson stated. He also tends to use a lot of PC processing power with his keyboard and recording rigs and notes that the MX400 doesn’t place any processing demands on the computer, and the plug-ins installed flawlessly.

Although he’s always liked the hands-on feel and tactile control of outboard hardware, Dobson has become something of a convert thanks to the MX400. “When I first tried the Lexicon plug-ins I was shocked at how good they were. A lot of plug-ins ‘talk the talk’ but don’t ‘walk the walk’ so to speak, but that is not the case with the MX400. I was blown away by them”

Currently Dobson is immersed in a Hollywood movie production, playing keyboards and composing the music with the Lexicon MX400. “I’m using the MX400 extensively for this score. In addition to enhancing the sound of my synthesizers and keyboards, which is fundamental to the way I work with the unit, I’m using the delays a lot, triggering them via MADI or USB so I can get then exactly timed to what’s occurring in the music. This works really well to enhance what I’m playing and create a rhythmic feel that makes certain parts really stand out.”

“I’ve considered Lexicon hardware to be the sonic standard for decades. The MX400 absolutely delivers the lush, immersive reverbs, spacious delays and the personality and character I’ve come to expect from Lexicon’s modulation effects.” Dobson concluded, “The MX400 is so versatile that I almost think of it as another instrument, rather than just an add-on processor.”

“Rudi is a consummate professional who has the highest standards for the gear he chooses. Knowing he believes in the our plug-ins while being such a loyal user of the MX400 means we are succeeding in providing software that lives up to the sonic integrity of the Lexicon name,” added Noel Larson, Market Manager, Portable PA, Tour and Recording, HARMAN Signal Processing.