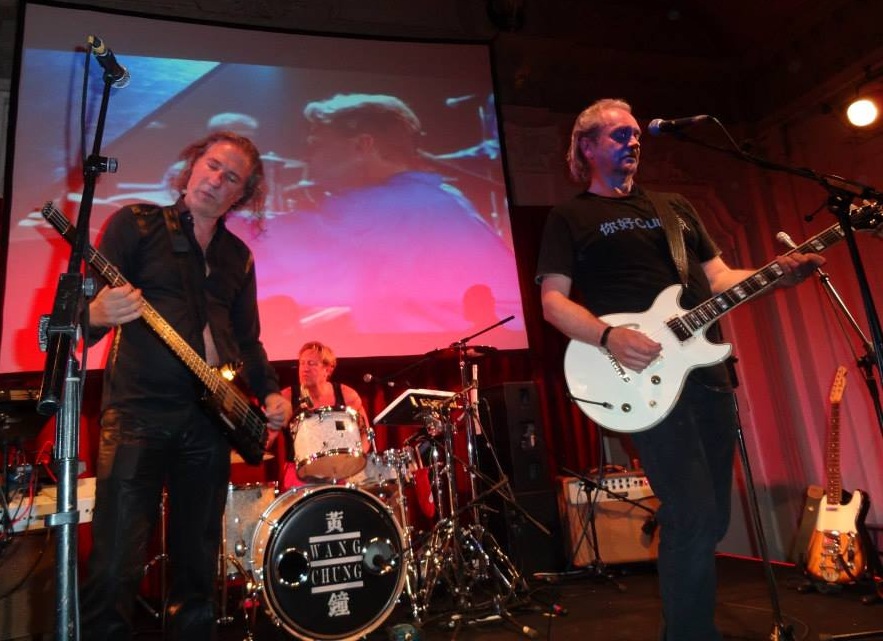 SALT LAKE CITY, Utah — If you were around during the 1980s, the song “Everybody Have Fun Tonight” by Wang Chung is burned into your brain. “Everybody Have Fun Tonight” is one of pop’s greatest feel-good anthems. Save for a hiatus in the 1990s the band has continued to tour the world and recently released Tazer Up!, an album of all-new material recorded with HARMAN’s Lexicon PCM Total Bundle as an integral part of the album’s sound.

Wang Chung’s involvement with Lexicon goes back to the early ‘80s when the group was doing its first demos, and has never stopped. “We’ve used Lexicon on all of our recordings, without exception,” said Wang Chung’s drummer Darren Costin, who was there with founding members Jack Hues and Nick Feldman when they were known as Huang Chung. “Products like the Lexicon 224, PCM 60, PCM 70 and MX400 were all a big part of the sound of the bands of the ‘80s and ‘90s and we were certainly no exception!”

Costin noted that all the studios and producers the band was working with back then were on a staple diet of Lexicon hardware because of its total originality, distinctive reverbs and effects and the ability to deliver the right sounds for Wang Chung’s needs. Wang Chung has always used Lexicon for getting dynamic room sounds on drums, or rich Plate and Hall reverbs for strings, vocals, guitars and keyboards.

“The current Lexicon PCM Total Bundle has given us the luxury of keeping up our high professional sonic standards in pre- and post-production at home, on the move, in the studio and all the way through the artistic process to its end goal – a great-sounding record.” Costin finds that with its ease of use and combined reverb and processing plug-ins, the PCM Total Bundle has made the band’s approach to recording much more intuitive and incisive even in the face of a high workload and constantly being on the move. Costin runs the PCM Total Bundle on a variety of cross-platform DAWs including Pro Tools, Fairlight and Logic Pro.

“As a band, we have always insisted upon total clarity in obtaining our goals in the artistic process and the PCM Total Bundle never fails to deliver. For Wang Chung, what separates Lexicon from all its competitors is the total originality of its algorithms and its sonic nuances that cover all the angles. Lexicon was, and still is always our first port of call for getting that distinctive reverb and processing you just can’t get anywhere else,” added Costin.

“It is great to see an iconic pop group such as Wang Chung come back and record a new album and stay loyal to the Lexicon brand that was such an integral component of their original sound is the biggest compliment we can receive,” stated Noel Larson, Market Manager, Portable PA, Tour, Recording at HARMAN Signal Processing.