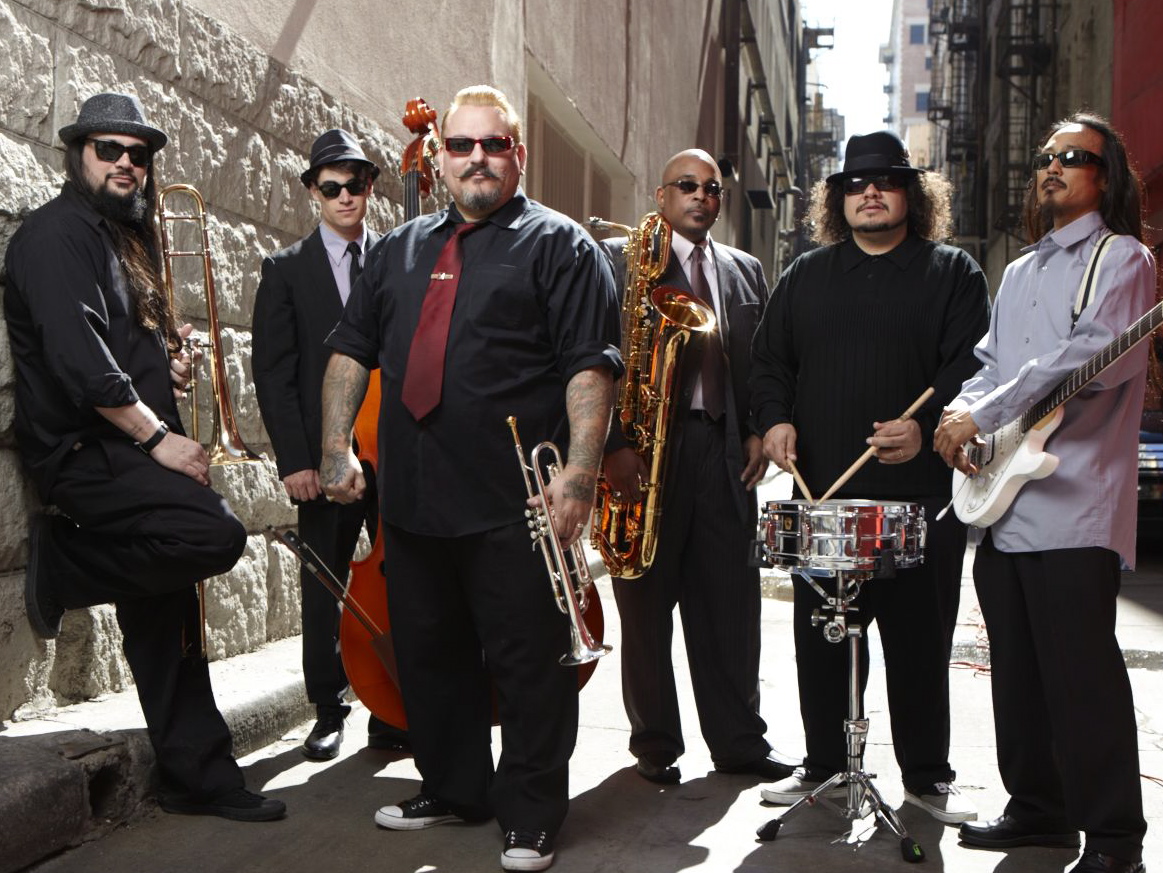 ANAHEIM, California – Gabriel “The Gun” Gonzalez is a trumpeter, percussionist, producer and arranger who co-founded No Doubt with Gwen Stefani in 1986 and was instrumental in the development of the third-wave ska movement of the 1980s. Gabriel The Gun is currently with the BackBeat Brawlers, a Reggae/Ska band with Jazz and Soul influences. Conducting an extensive amount of his work from his home studio, Gonzalez has become a convert to HARMAN’s Lexicon MX400XL 4-In/4-Out Reverb/Effects Processor and I-O FW810S 10-Input/12-Output FireWire Audio Interface.

“When I started looking at hardware upgrades recently, I was attracted to the Lexicon products because of their reputation, bulletproof construction, ease of plug-and-play use and especially their sound quality,” explained Gonzalez.

Gonzalez and his musical partner, Mel Scott of Blue Room Studios, have recorded close to 200 TV and film scores and have a keen understanding for the sound that Gonzalez  could get in his home studio. “When we installed the Lexicon MX400XL and I-O FW810S, the difference in sound quality was immediately apparent not just to me but to everyone present. The sounds we could achieve became cleaner, crisper and more refined – in a word, stunning,” added Gonzalez.

Currently working on his new BackBeat Brawlers album, Gonzalez explains Lexicon components have become an integral part of its production. “I’ve also done several film submissions recently. Over the years, I’ve tried a huge amount of outboard processing gear and the reverbs, effects, delays and dynamic capabilities of Lexicon MX400XL and I-O FW810S hands-down blow everything else out of the water,” stated Gonzalez.

“There are tons of AD/DA recording interfaces out there but only Lexicon has that trademark monitoring reverb that lets you monitor the performance with reverb while it’s being recorded. This really helps artists feel more comfortable and very often we’ll get a better take. Also, the built-in dbx compression and EQ has proven to be invaluable. For my work this means that we can slightly compress and EQ the tracks while recording to get that sound we want instead of using all kinds of additional gear and effects afterward. In a project studio, it might be the reverse of how a lot of people do it but for me it makes recording easier and faster,” stated Gonzalez.

“The quality of the preamps in both Lexicon units is also outstanding, as is the built-in Type IV dbx D/A conversion and bundled Pantheon™ II reverb plug-in. I think Lexicon makes the best gear out there – period.”

The Gun is looking forward to more touring with the BackBeat Brawlers and creating more music with the Lexicon MX400L and I-O FW810S.